I was thinking a lot before posting this review. It’s always hard when an author reaches out to you, trusts you with their work… but you can’t honestly provide a positive review. I considered not posting it at first, but that didn’t feel right either. For one, my loyalty is with the readers first, and they deserve to know what they get themselves into. I also wouldn’t feel like it would be fair with the authors and books that I choose myself and give a bad rating for. In the end, I double-checked my review policy, and I did say there that there were definitely gonna be a review, either good or bad… and that decided it for me.

Now, this is the first erotica book I’ve written a review for since I started my blog, and I want to emphasize that though it might seem like it’s out of my usual reading habits, this in no way influenced my opinion badly. I’ve read erotica before in my life, and I do think it can be written well.

This book, on the other hand…

(Disclaimer: there might be some spoilers in this post, though I’m not sure if we can really call them spoilers when an actual story is basically non-existent…)

I got this ebook directly from the author and this is my honest and unbiased opinion. () 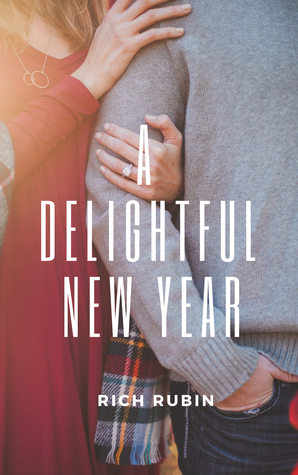 As I said, the author contacted me about a review. The blurb didn’t give much away, but it’s only 60-something pages long, so I thought why not? After I saw the cover, I actually felt good about my decision. It gave off a nice, loving vibe, and I’d have loved to read a story that conveyed the same feelings.

Okay, this is the classic case of ‘do not judge a book by its cover’. This story had nothing to do with that lovely cover. Though in itself that wouldn’t have been a problem for me. You know, I’m up for all the steamy scenes, if the story/book/novella is executed well.

Unfortunately, in this case, it wasn’t.

And here we are at the thing that bothers me the most about this novella: the characters. I can deal with the fact that everybody is a sex maniac, that’s normal for this genre. I’m not gonna talk about that. But… I have some serious worries about other aspects. The male characters are dull and like cardboard figures, but to that, I could say that it’s at least average. The female ones, on the other hand, are very problematic. It’s not just that they don’t have personalities. They randomly get hysterical and cry, while mostly slightly bothering the sex-focused male main character. Then he says some half-hearted calming words and/or advice (which they could’ve simply figure out on their own), and then that’s it. This book is about 80-85% sex scenes, and only once, I say ONCE was I sure that the woman/women had climaxed, too. That one time happened from the female point of view. Funnily enough, she actually cared about the guy’s orgasm. The guy never thought of hers once. Now, I have to say, it wasn’t like he didn’t care about the enjoyment the girl had. It was more like he didn’t even have a clue that there’s a chance they don’t finish exactly together. And that’s honestly a bit terrifying… Like… Even when I fantasize about things, I imagine that it’s good for both of us. Do guys really not care at all about our experience…?

Now, I’m pretty sure that I’m not the target audience for this book, it’s very clearly an erotica (or something like that) for males, from a male author. Which is awesome! We’d need more of that. I’m not sure this one would appeal to a mature male audience, though. (And by mature here I don’t mean old. I only refer to being a grown-up, having some experience in real life.) The whole time I felt like I was in a horny teenage boy’s fantasy. One who hasn’t yet really seen many things in the world (and not only sex-wise). Okay, I get it. It’s just fantasy. Fiction doesn’t have to be exactly like real life. I just think that an incredibly hot girl can be more than a cringe-worthy stereotype of a hysterical sexdoll, and a man enjoying sex can be more than merely a dick, and it would still be a steamy and exciting fantasy… and I’d like to think that men in general think that way, too. Like… if you can imagine anything, with anyone, why would you choose the cliché porn movie tropes? I mean, it just makes me sad and angry at the same time, if I think that this is what appeals to most men.

The only aspect I’m a bit indecisive about is the style and grammar, and that’s because I read an ARC copy. Talking about style, it was better than all the problematic I’ve written about above. It did feel like it was just going through the motions, though. (I don’t only talk about the sex here, I say this in general!) Compared to everything else, I found that okay. My main problem here was the complete mixture of past and present tense. It wasn’t only a couple of places where it got mixed up. It was literally the whole book, to the point where I couldn’t even tell if the story was supposed to be told in the past or in the present tense. There were even sentences that started out as one, then ended as the other. That’s just not alright with me. Rating this category all the way down because of this wouldn’t feel right, though, since my copy is probably not the final one that got published. At least some of these timely errors were probably corrected by the time this story was released.

I love the fact that this is an erotica book for males! That’s something so rare. Even male romance/erotica writers usually have a target audience of women, and though that category could still grow, the ones written for men are usually LGBTQIA+ ones. An erotica book from a male author to a hetero male audience is something I’m not sure I’ve even heard about before.

College boys! I’m sure many of them would find this book more to their liking than I did. Then again, I really think it should come with the warning that it’s entirely fantasy, and real life sex and real life girls are not like this. And that it’s OKAY that they’re not. They don’t have to in order for the sex to be mind-blowing.

‘S.E.X.’ and ‘Something in Your Mouth’ by Nickelback

Obviously, no re-reads for me this time. I might look out for other male-targeted erotica now, though. I’m very interested in what they’re like, if they all suggest the same (in my opinion problematic) thinking, or not. (Probably the main problem is not the male component, to be honest… there are way too many books that objectify everyone that are targeted at women, too…)

Well, it took me more time to write this post now than it took to read the book! I’m actually thankful for reading this novella, it made me think about things otherwise I wouldn’t have thought about. At least not now.

8 thoughts on “‘A Delightful New Year’ by Rich Rubin”