I admit that I haven’t (YET!) read ‘Blueberry Pancakes’, but it sounds amazing: you probably know that music is my soft spot, and it makes this book super attracting to me! Also, it sounds like a beautiful story of a gay guy finding his way in life and love, and that’s something I’m all for, too. So, I agreed to do this promo post for Shalini and the Digital Reads Blog Tours. 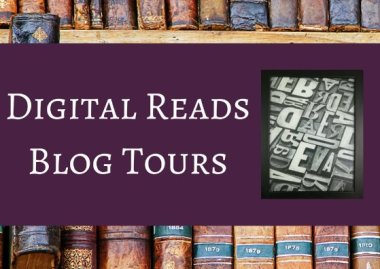 Let’s see what this book is about! 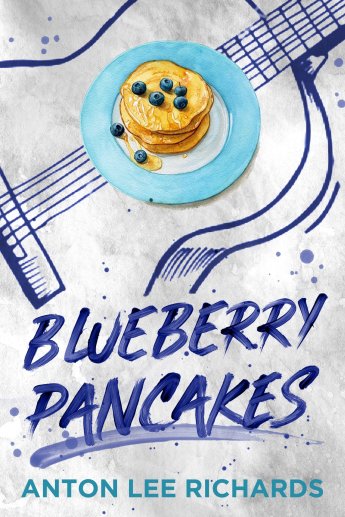 Writing songs for a would-be pop star is painful. When young, gay songwriter Duncan falls in love, he writes a love song. When he gets dumped, he writes a break-up song. Luckily for his songwriting career, his love life is a roller-coaster.

When his long-term boyfriend breaks up with him, Duncan finds solace in music. And pancakes, of course. With the help of his sassy diva singer and best friend Marlene, her ex-boyfriend guitarist, and a local music producer, they form a musical dream team to produce songs to pitch to agents, and for Marlene’s promising singing career.

A new guy here, a new guy there, they are delicious distractions, but this drama fuels new and better songs. And that ex? He just won’t seem to go away. But it all pays off when they have their first number one hit with a teenybopper all-girl band.

Not everything in their favorite hangout-a breakfast restaurant called Pancake Heaven-is rainbows and maple syrup. The all-girl band drops them as songwriters, and they squabble with one another over their musical future. Will they find the success they can be proud of?

Blueberry Pancakes is a contemporary gay drama about falling in and out of love, the price of success, and walking through the world with confidence.

I don’t remember how many couples he introduced me to at this party, and I forgot most of their names. In each case, Christopher introduced me as my Duncan. I never thought of myself as being so much of a catch that somebody would be proud to be with me, the way I felt proud to have Jesse when we were together.
“I need a drink,” I whispered in his ear.
“Just a few more,” he said.
Bradley approached us again, and three more couples followed. We made a circle, and everybody shot off questions in rapid succession. It started off easy with questions about my work and where I grew up, but then developed into an interrogation of whether I owned summer homes and stock portfolios. Was I supposed to feel bad I didn’t? One guy leaned in and asked how attached I was and if I wanted to keep my options open. He wore thin-rimmed glasses that fell down his nose as he raised his eyebrows.
“I’m happy where I am,” I said. I wasn’t sure if that was a lie or not, but I certainly didn’t want to get it on with a guy asking people if they would cheat on their partners after just meeting them.
“You’ll break soon enough,” he said, winking. “When it happens, I’ll be there.”
A flamboyant guy with a pure-white, faux-fur sweater and hot pink jeans chimed in. “I have a brownstone in Lincoln Park. You should come see it sometime. It has a hot tub on the rooftop with a nice view of downtown.” I couldn’t concentrate on remembering his name because the sweater was distracting me.
“I bet you like being the pretty one,” said a voice behind me. Behind me, a drag queen with a Jackie O wig smiled at me. She had really broad shoulders or was just wearing shoulder pads underneath her shimmering black dress. “You’re the pretty one. Don’t act like you don’t know it.”
The notion stopped me in my tracks. Was I? Is that why Christopher was so adamant about calling me arm candy? Jesse was always the pretty one when we were together. I scanned the room and mentally ranked the attractiveness of each person. At first, I hated myself for being so shallow, but then I told myself it was in the name of scientific research. I guessed I would rank decently in this crowd of gay men who ranged from their mid-20s to their 50s. There were so many hotties. I came across a guy standing near the fireplace and figured he was without a doubt cuter than me. He had a nice body and was not afraid to show it off. This was the first time another guy caught my eye since I met Christopher.
“If I were with you, I’d tell you how pretty you are every single day,” said the drag queen. “I’d praise the day someone like me could get someone like you.” She opened her arms to hug me, and I demurred. Where was Christopher to save me?

If You Wish to Know More About the Book:

It sounds really good, doesn’t it?

What do you think? Would you like to read this book? Or (*gasp*) have you already read it? Tell me everything that comes to mind!