Come on, let’s have a coffee, and read the review of my very first ARC! ()

A huge thank you for NineStar Press (and NetGalley, of course) for giving me the opportunity and send me a copy of the novel in exchange for my honest opinion.

If you wish to know more about the book (e.g. description), here are some links: 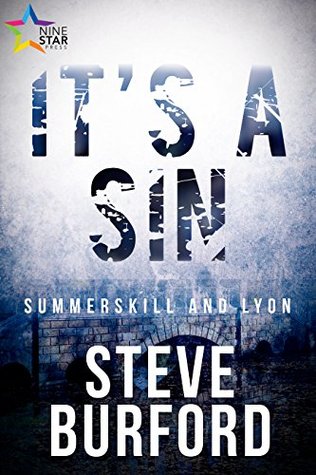 As you see above, I got this book as an advanced reading copy, and I requested it because the premise of a gay detective in a police procedural sounded very intriguing. It attracted my attention. Crime stories has been my favorites since I was a tween, and I’m a supporter of LGBTQIA+ rights, resenting the publishing industry and the world we live in that the majority of the books that reach me is still (almost totally) lacking authentic non-straight characters. (Surprise to those unaccepting, blinkered weirdos out there: I’m still interested in their stories, even as a straight girl. Come on, it’s the 21st century. The world would be very boring if everybody was exactly like me…) I still hesitated, though, because I was not sure how these two things fit together. I was sure this book was going to be either really good, or horribly bad.

Thank god, it turned out to be great!

As for the gay part, it isn’t a stereotypical characterization just for the sake of it, Dave is a very believable character, kind of an everyday guy who could be your next door neighbor you know nothing about, just say hello to. Actually, that is the whole point: he’s not at all different from anybody, and yet people who know about his orientation tend to treat him differently. He’s somebody who has mostly learnt already how to deal with them, though. This novel shows perfectly these little games between him and people he works with or meets during the investigation. It also demonstrates very well that those who don’t know anything about them are more prejudiced with Claire, because she’s a woman. The dynamic of the leads is very exiting and realistic. We see them both as complex characters, insecure about some things, but confident about others. We see them both in situations where power is in their hands, and in those where they’re the ‘smaller’ ones. It’s an interesting journey, seeing the way they slowly come to accept each other as colleagues.

As for the crime story part, it’s well worked-out and stands its ground among the better ones in the genre. I didn’t figure out everything, that’s a good sign! The story’s not left behind because of the emphasis on the main character’s sexual orientation and his encounters because of it, there’s a well-established balance in the whole novel. Looking back after the ending, I feel like every crime, assault, murder that occurred happened driven by the well-elaborated characters of the people involved – and I like that very much.

This novel includes all the usual clichés that bother you a bit, but make the genre what it is, yet this gay and female detective partnership gives it an interesting angle that is (at least for me) new for this kind of books. It seems like on original pairing in the genre, and it was so refreshing to finally read one police procedural when there’s no will they-won’t they, it’s just interesting characters interacting. There’s some scenes that show both main characters at home with their life’s partner, in similar situations. I liked these paralels very much. We’re supposed to see that there’s no real difference between straight and gay couples, I guess there’s that, too, but what I really appreciated about those scenes is that I could finally concentrate on a main characters home life in a novel like this – and not feeling like ‘come on, break-up already, you have to be with *other MC’s name*’. Refreshing, as I said.

If you like a good crime story, and want its ‘framework’ to be a bit different, this is your book. It’s also a good choice if you want to read a classic genre with a gay main character (and not only in books that are labelled to be a whole separate genre for LGBTQ readers/characters… this book is definitely written for everyone). Don’t read it, though, if you expect a major romance going on! This book is not about that. Gay is only the sexual orientation of a main character, it doesn’t suggest that he acts on it as well.

I mean EARLY Queen, though. Not that Radio Gaga nonsense ()

I definitely want to read the sequel. (Which is freshly out, by the way.) Need to get it.

So, this is my first ARC review. What do you think? Would you read the book? Why – or why not? I’d love to see your thoughts in the comments section! 😉